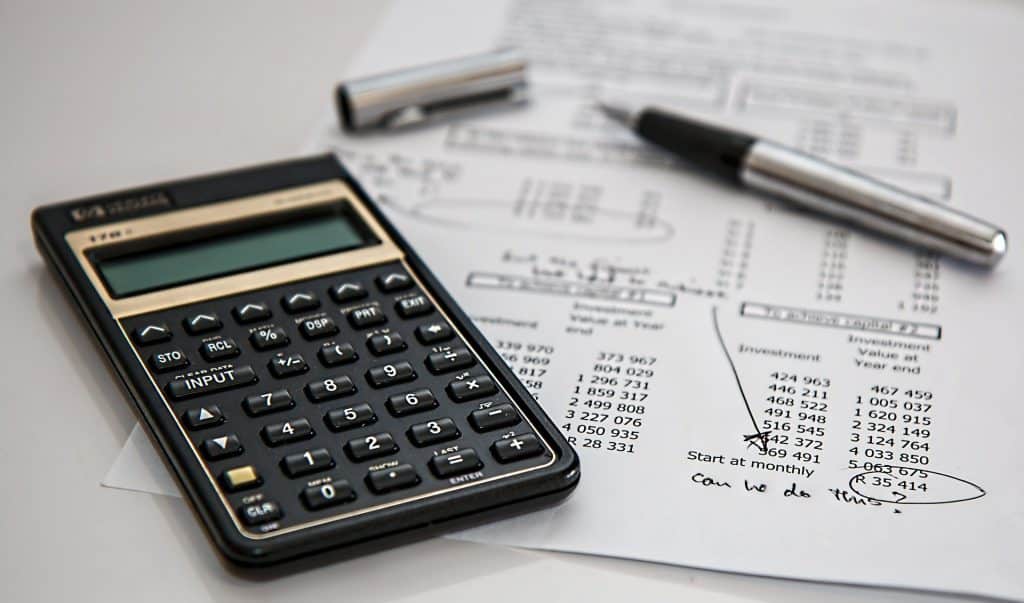 Dutch companies that do business in France or with French companies may at some point have to deal with a debtor in financial difficulty. In that case there is a risk that you will be left with unpaid invoices. In some respects, French insolvency law is very different from Dutch law. If you do business in France, it is therefore essential to have some knowledge of French insolvency law. In this article we will discuss some of the most important differences between Dutch and French law in insolvency proceedings. Knowledge of these differences helps to secure your right to payment by complying with the formalities prescribed by French law. French insolvency rules are very strict, and unaware creditors may easily lose their right to payment if they neglect those rules.

The procédure de sauvegarde (“safeguard procedure”) refers to the situation in which the debtor has not yet stopped paying creditors but is aware of upcoming financial difficulties. In this phase, the emphasis is on reorganization and debt restructuring. The initiation of such a procedure can only be requested by the company itself. The aim is to guarantee the survival of the company with a plan de sauvegarde (“safeguard plan”).

The procédure de redressement judiciaire is comparable to receivership. It applies to companies that have ceased to pay their creditors. This is the case when the due and payable debts can no longer be paid with the available assets. This procedure can be started at the request of the company itself, of one or more creditors, or of the public prosecutor. The purpose of this procedure is to draw up a plan de redressement (“recovery plan”) to help ensure the continuity of the company, or to enable full or partial transfer of the business. In the event of a business transfer, a plan de cession is drawn up to determine the scope of the transfer.

Immediate consequences of the start of insolvency proceedings

During this period, the company’s financial situation and its viability for the future are assessed. Legal proceedings against the debtor become temporarily impossible, pending procedures are suspended (stay of actions) and interests stop accruing. The company’s executive retains the power to make business decisions, insofar as that authority is not transferred to the administrateur judiciaire.

The duration of observation period is determined by the court in its initial ruling. It can last up to 6 months and it may be extended for another period of maximum 6 months. In exceptional cases, the period can be extended one last time at the request of the public prosecutor, for an additional period of 6 months.

At the end of the observation period, it is determined if the company can recover or if its liquidation is unavoidable.

As soon as the court orders the liquidation, the designated liquidateur judiciaire assumes control of the company and the company’s executive loses its powers.

Furthermore, all ongoing proceedings against the debtor are stayed and interest stops accruing. The company’s employment contracts will generally be terminated within 15 days of the order of the liquidation procedure. Creditors can submit their outstanding claims and the liquidateur judiciaire will try to settle the debts as much as possible.

The different actors in insolvency proceedings

In addition to the court and the debtor, creditors will correspond with an administrateur judiciaire (or liquidateur judiciaire), a mandataire judiciaire and a juge-commissaire. We briefly explain the tasks of these persons.

The administrateur judiciaire plays a role in sauvegarde and redressement judiciaire. In a liquidation judiciaire, this task is carried out by a liquidateur judiciaire. They manage the company during the insolvency proceedings to the extent that the court has stripped these powers from the company’s executive. Unlike in the Netherlands these persons are not lawyers, but a specific profession specialized in insolvency law.

The mandataire judiciaire, sometimes also referred to as the représentant des créanciers, has the task of looking after the interests of all the creditors.

The juge-commissaire (“bankruptcy judge”) supervises the insolvency proceedings and ensures that the interests of all parties involved are adequately safeguarded. He has various powers for this purpose. For example, he has wide access to information and decides whether to accept or refuse claims submitted by creditors.

Submission of claims by creditors

In the event that a French debtor is subject to insolvency proceedings, all creditors must submit their claims by way of a déclaration de créance. All formal requirements must be met, otherwise the creditor’s claim will not be part of the claims that are paid during the insolvency procedure.

While filing its claim the creditor must provide the following information:

The time limit for submitting claims is normally 2 months from the moment of publication in the BODACC (official database containing information on companies registered in France) of the court decision ordering the insolvency proceedings. Creditors who are not established in France have 4 months from the publication of court decision in the BODACC.

Once submitted, the mandataire or liquidateur judiciaire will verify the claims and prepare a list that he will submit to the juge-commissaire with a proposal to admit or reject the claim.

The mandataire or liquidateur judiciaire will then submit its proposals to the juge-commissaire who will decide on admission or rejection of the claim.

Termination of ongoing contracts at the start of insolvency proceedings

Dutch companies often include a clause in their general terms and conditions providing that their contract will be automatically terminated by operation of law when their cocontractor is the subject of insolvency proceedings. In France, such a provision is not legally valid and will have no effect.

At the start of insolvency proceedings, the administrateur or liquidateur judiciaire will decide whether the ongoing contracts are to continue or be terminated. As long as they have not decided to terminate a contract, the other party is obliged to keep performing, even if the insolvent company was already in default.

The claim that arose from this default, and thus already existed before the start of insolvency proceedings, can then be submitted together with the other claims through the procedure discussed above.

If creditors refuse to perform its contractual obligations without the authorization of the administrateur or liquidateur judiciaire, they may be ordered to pay compensation for the damages incurred by the insolvent party.

If the creditors want to terminate the contract, they may send the administrateur or liquidateur judiciaire a registered letter requesting them to make a decision regarding this specific contract. The administrateur or liquidateur judiciaire has one month to decide. If they do not answer within this month, the contract will be terminated by operation of law, unless the term is extended by the juge-commissaire.

It is important to note that if the administrateur or liquidateur judiciaire require the creditor to continue the contract, they must also ensure that payments for this contract are duly made. The creditor will therefore be paid as soon as the invoice falls due. This offers some security for creditors who are forced to continue performing their contractual obligations.

Security interests, such as pledges and mortgages, come into play when the court officially places the company in liquidation judiciaire. With respect to security interests, French law is fundamentally different from Dutch law. This can sometimes be a cause of surprise for Dutch creditors.

First, in France, mortgage and pledge holders are not allowed to exercise their rights as if there were no liquidation going on. After a judgment orders liquidation proceedings, they cannot enforce their security interests (they are not “separatists” as under Dutch law). Only the liquidateur judiciaire can decide to start selling off the debtor’s assets to pay creditors. However, if the liquidateur judiciaire has not taken any action in this regard within three months after the court decision ordering the liquidation, secured creditors may themselves enforce their security interest. But this has no consequences for the ranking of the creditors.

Even though in French law mortgage and pledge holders are not separatists, they are still preferential creditors. This means that their claims will be paid before those of unsecured creditors. If several preferential creditors have a security interest on the same property, their ranking is typically determined by the chronological order in which each security interest has been registered.
Moreover, in France enforcement of a security interest is only possible on the basis of a court ordered enforcement decision. The secured creditors must ask the court’s permission to enforce their security.

Furthermore, in French law, security interests must often be registered. The registration is valid for a limited period of time. It must be renewed in due course, before expiration, even if a claim has already been recognized as a preferential claim. Failure to renew the registration if the claim has not yet been paid in full will result in the claim becoming an unsecured claim. This makes payment in full a lot less likely than if the creditor has a preferential claim.

If creditors have delivered goods with retention of title, they may claim them back despite the insolvency proceedings (repossession). This must be done in two steps. First the creditor must send a letter to the administrateur or liquidateur judiciaire to invoke the retention of title within 3 months of the publication of the judgment ordering the insolvency proceedings. The administrateur or liquidateur judiciaire has one month to acquiesce and restitute the goods. If he does not answer, or does not acquiesce, the creditor must ask the juge-commissaire for permission to claim back his goods within one month after the expiry of the deadline. The request must thus be brought before the juge-commissaire within 2 months after the letter invoking the retention of title. These deadlines are strict and if creditors miss them, they will lose their right to reclaim the goods in the course of the relevant insolvency proceedings.

French insolvency law is technical and differs fundamentally from Dutch law on a number of important points. In this article we have aimed to provide you with some insight into some of the most striking differences between French and Dutch insolvency law. However, it is impossible to give a complete and exhaustive overview of all the rules creditors may encounter. French insolvency law is complex and requires careful and timely action to experience as little trouble as possible from an insolvent debtor. The assistance of an experienced lawyer is an indispensable asset when you have an insolvent debtor. Amstel & Seine is at your disposal to advise you on the best way to safeguard your rights and interests and, where possible, to ensure that your claims are paid.

Please don’t hesitate to contact our lawyers without obligation.

We are glad to help you.