Mirjam Berg (1959), attorney at law, is member of the Paris Bar since 1993 (having been legal counsel for 7 years). Co-founder of Amstel & Seine Avocats,  Mirjam Berg worked for two major Dutch law firms in Paris for successively 17 and 12 years. She specializes in company law and labour law.

Moreover, between 2004 and 2016, she was a lecturer in international contract drafting (in English) and international aspects of labour agreements at the Tours Law School. 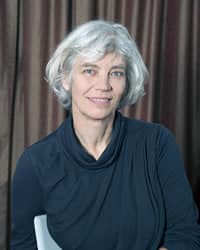